There are several species of Albizia in the area. This one becomes a tall tree up to 1 m in diameter with low buttresses. The bark is often rough with scales and irregular depressions. The slash is quite variable, often with a orange layer close to the surface and a fibrous appearance with white and yellow layers and occasionally red streaks. If you touch the slash it is usually sticky due to the secretion of resin. The compound leaves have short red hairs which give the Latin species epithet. The leaflets are small and rounded at both ends. They are only slightly asymmetric compared to some of the other species of Albizia. Towards the tops of the rachis and the pinnae, and on the lower portion of the petiole, there are obvious rounded glands. The white flowers open at night. The papery fruit contain several seeds.

Distribution: Senegal to Uganda and Angola. 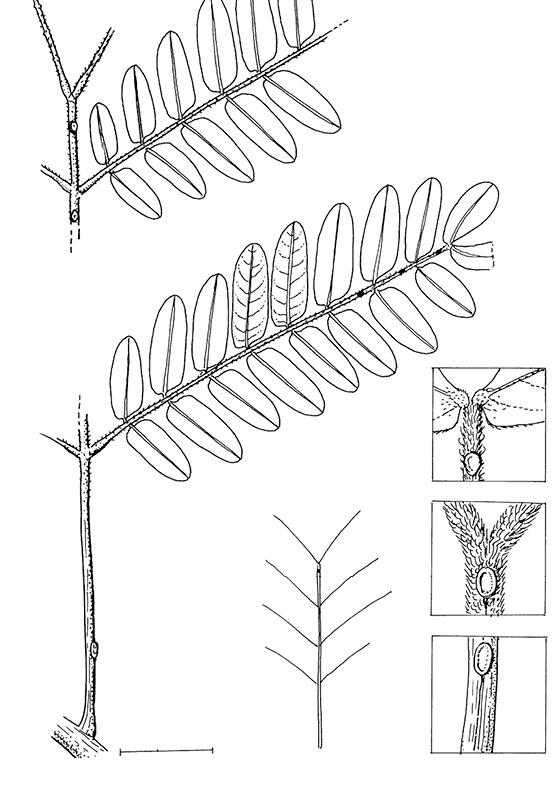