These puffy balls are formed by the persistent calyx with soft protrusions. The flowers do not open very wide and are not seen very often. The large heart shaped leaves are soft to the touch on both surfaces. The secondary nerves continue all the way to the margin and extend as peg-like teeth. Between the secondary veins the tertiary venation is rather parallel, giving a regular ladder-like appearance to the venation. The big stipules have teeth and fall off to leave a clear scar. The young twigs are hollow and the wood rather soft. The species can grow to be a tree to 6 m tall with a diameter of 15 cm but it also flowers and fruits as a smaller shrub.

Light gaps in mixed species terra firma forest. This species can occur in disturbed areas such as roadsides but it is much more common in natural light gaps in the forest.

Distribution: Cameroon to DRC and Angola. 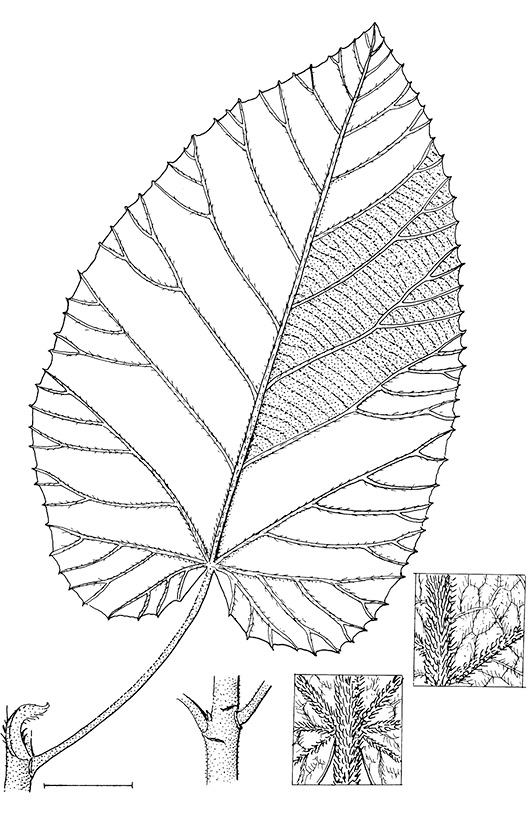