This species looks very like an Albizia and was originally placed in that genus. The dark green compound leaves have six to ten pairs of pinnae. The rachis is hairy. There are cushion shaped glands, sometimes on the petiole and usually on the rachis and the upper pinnae. The leaflets are discolourous when fresh, that is, they are a much lighter green on the under surface compared to the dark green of the upper surface. The flowers are white and open at night. Like many species of the subfamily Mimosoideae the pods are clearly divided into segments which each contain a single seed. The pods are twisted into a contorted irregular coil and turn brown when ripe. The tree often has a short trunk and low spreading branches when it is on a riverbank.

Common on riverbanks and in seasonally flooded forest and often found in association with Trichilia retusa and Irvingia smithii.

Distribution: Senegal to Gabon and Zambia. 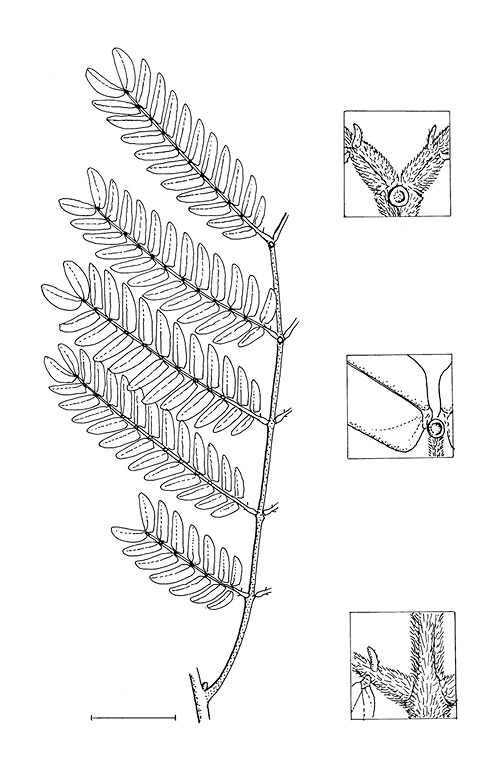