This species is often in flower and fruit which makes identification easy. The stipules fall off very early but otherwise it has a classic suite of sterile characters which indicate that it is in the Malvaceae. These characters are: strong stringy bark, two secondary nerves at the base of the leaf, a swollen top to the petiole and stellate hairs. Occasionally this family can be confused with Euphorbiaceae without flowers and fruits, but the strong bark, the thinner leaves and some sliminess in the slash usually indicate Malvaceae. It is most often a small tree about 3 m high, but it occasionally reaches the size of 25 cm in diameter. There are usually only three to five veins, including the basal veins, on either side of the midrib. 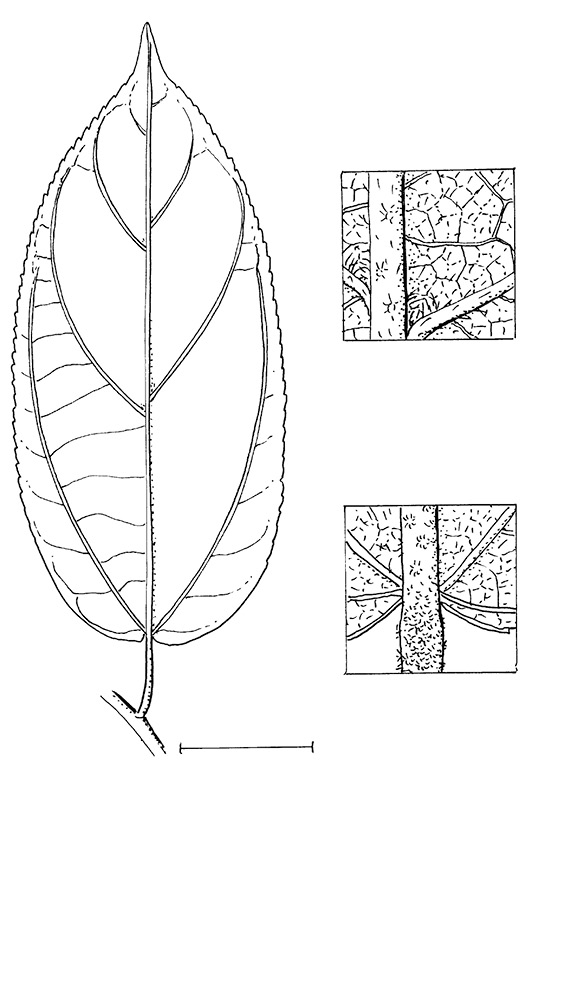