Perhaps as much as 25% of flowering plants in the area belong to the coffee family, Rubiaceae. And most of these species, like coffee and Ixora guineensis, are small trees or shrubs. The family has a reputation for being hard to identify correctly to species. This may be due to the large number of species in some genera, such as Psychotria, or the similarity of some species. In the genus Ixora in this area, some species are easy to identify, such as I. brachypoda, but others such as I. bauchienis and I. guineensis, are harder to separate. Many botanists contact their colleagues who specialise in Rubiaceae to help them with identifications. The specimens of the plant from which these photographs were taken were kindly identified by the specialist of Ixora at the National Botanic Garden (Belgium) in Meise.

Distribution: Liberia and Nigeria to Republic of Congo and Gabon. 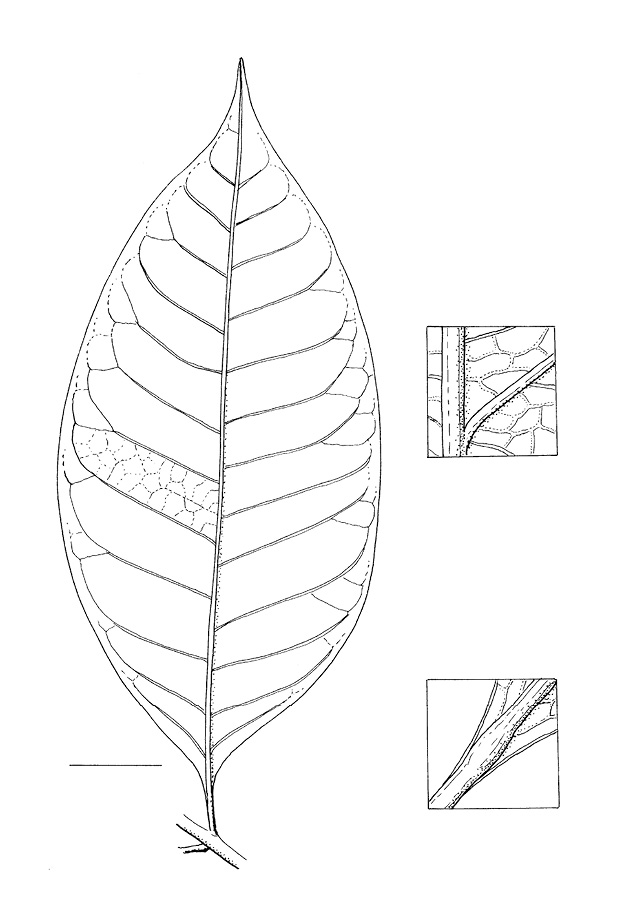