This tree sometimes has narrow leafy shoots coming off the main trunk. The bark is light coloured and fibrous and can be rubbed off with a finger. The slash is pinkish with pale yellow fibres. The leaves are rather variable in size and shape especially between the leaves on suckers and the mature canopy leaves. The venation is recognisable by the parallel and curved secondary veins with intermediaries between them. The stipules fall early but leave a conspicuous scar on both sides of the base of the petiole. The fruits turn blue when ripe. They are adored by guinea fowl which can be seen hunting for fallen fruit in the leaf litter below these trees. Notice the similarity to the fruit of Phyllanthus polyanthus which is in the same family, Phyllanthaceae. Both species used to be Euphorbiaceae but were moved into the Phyllanthaceae. Phyllanthaceae has two seeds per fruit chamber and Euphorbiaceae, as now recognised, has one seed per chamber. 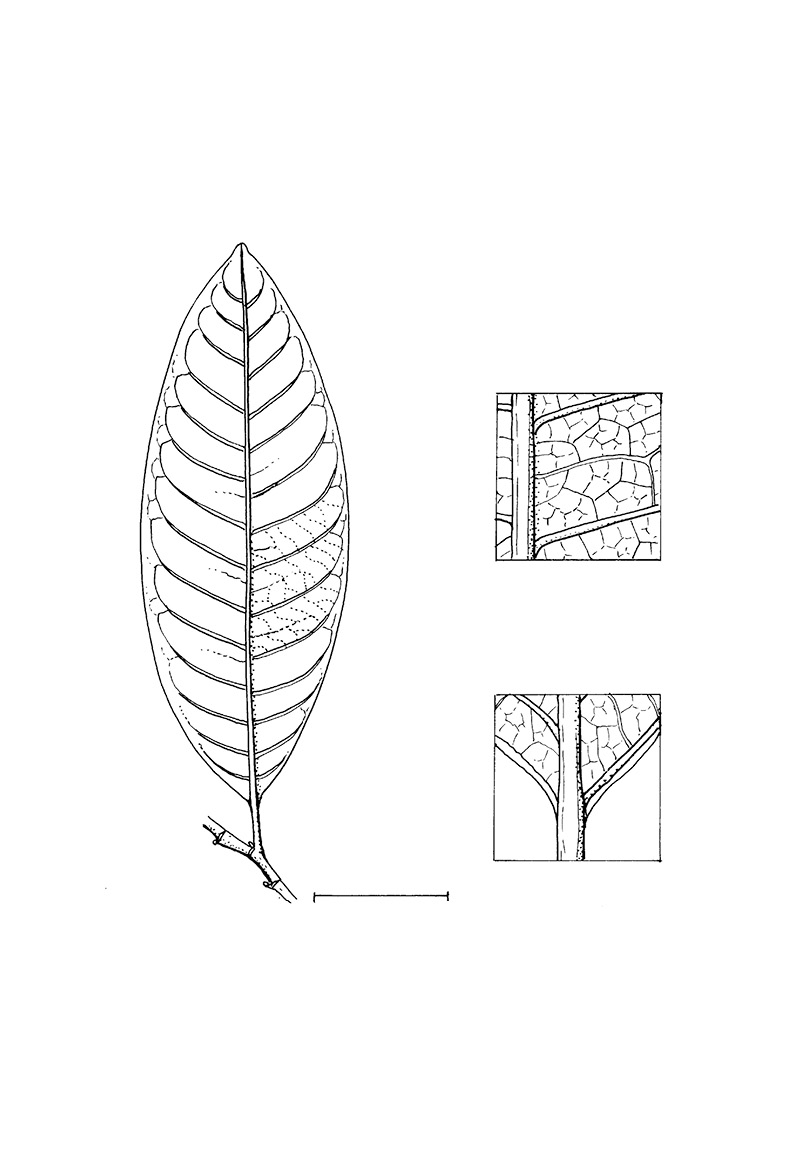