The genus Vitex is easy to recognise because it is one of the few in the area to have opposite palmately compound leaves. The genus Vitex occurs across the tropics, with about 250 species. It is now placed in the same family as mint (Mentha). This relationship can be seen in the structure of the flower, with its clear lower and upper lip. In Africa several species, including some in this area, are hard to identify. Most are trees but they include lianas such as Vitex thyrsiflora. The wide geographical distribution of Vitex doniana reflects its wide ecological tolerance. When it grows in open areas it develops a very thick bark which acts as protection against fire. In swamps it has a much smoother, thinner bark.

Seasonally flooded areas and disturbed areas such as fields. In this area it is infrequent or absent in undisturbed terra firma forest. 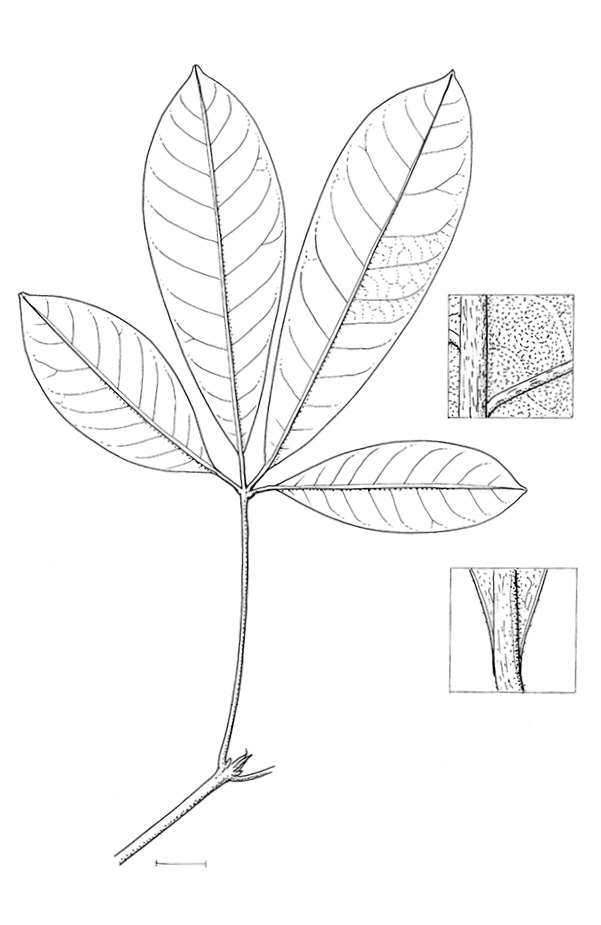