When in flower this species can be seen from a distance, across rivers and bais (clearings in the forest). The large white flowers give the appearance of a tree covered in white handkerchiefs. Closer up the flower reveals itself to have a large, erect, white petal and four hidden, much smaller petals. In addition the flower is protected in bud by two large, soft, spongy bracteoles. The pinnate compound leaves have a stipular scar at their base. The pods are up to 40 cm long and held more or less horizontally on the tree as they mature, looking like elongated brown flags. When mature the two valves of the pod separate to release the seeds – on a dry day the valves curl up. There is at least one other species in the area, Berlinia grandiflora, which is easily distinguished by the silky hairs on the inside of the bracteoles. 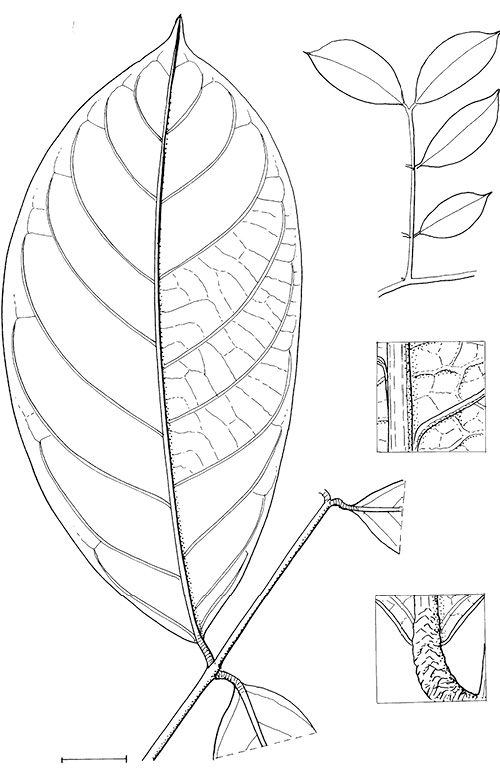