The family Melianthaceae has a very similar spelling to the much more common and widespread family Meliaceae, which contains several of the important timber species in the area. In addition the compound pinnate leaves are characteristic of both families. However, the long papery stipules of Bersama are in an unusual position in the axil between the petiole and the stem. These are described as intrapetiolar stipules. The leaves are also opposite with slightly toothed leaflets, which is not the case in Meliaceae. The dull red fruit split open to reveal black seeds with bright yellow basal arils, which is also superficially similar to some species of Trichilia in the Meliaceae. Some people consider this to be a subspecies of Bersama abyssinica but the sharply angled fruit and the specific habitat in the Congo Basin suggest that it is a different species. 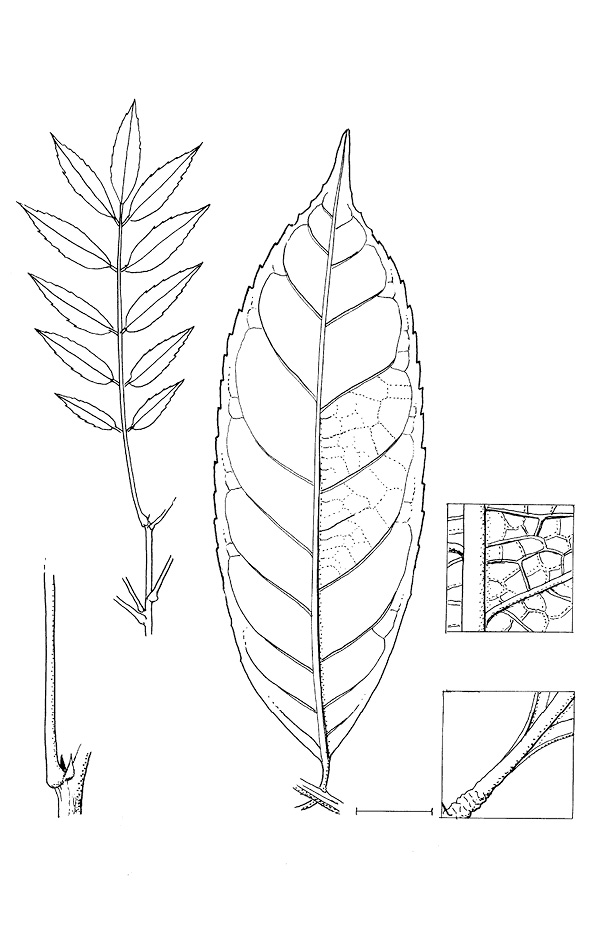