This species is one of the most striking and easy to recognise in the area. The large heart shaped leaves, large white flowers and fruit with soft spines make an unmistakable combination of characters. It is also extremely common. Without flowers and fruit it can be confused with some members of the Euphorbiaceae, but the linear unbranched stipules and the reddish orange fibres in the slash should confirm its identity. It is often a small tree or large shrub but it can reach a diameter of 20 cm. It is a resilient tree and will continue living after being knocked over by elephants. The green fruit ripen to an orange colour and then split open to reveal the numerous seeds. Gorillas have been reported to eat the fruit. 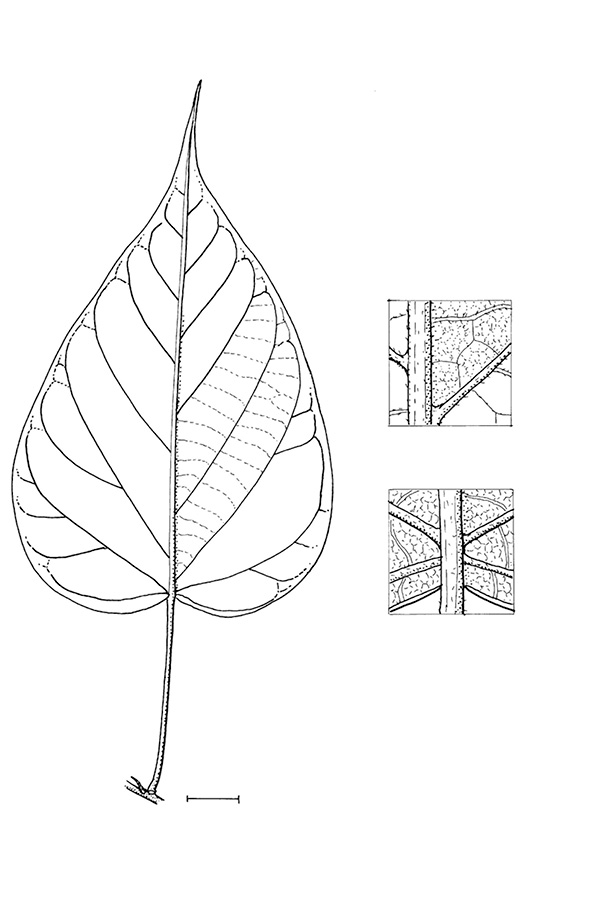