This tree rarely reaches more than 10 m in height. Large individuals have a trunk diameter of up to 20 cm. The large triangular leaves with long petioles are not always obviously toothed, despite the Latin name. However, the leaves always have at least some small sharp teeth and each tooth has a veinlet which ends at its tip. The first pair of veins arise at the base of the leaf. The stipules are narrow and pointed and are semi-persistent. The flowers are white with bright yellow anthers on very short filaments. The flowers have a very sweet scent. The most striking aspect to this plant are the bunches of long-spined fruit which are orange when ripe. The slash is rather distinct; it is whitish to pale yellow with orange fibres.

This understory species is evergreen and often occurs in disturbed areas such as old fields. It flowers from March to May and the fruit appear from May to November. 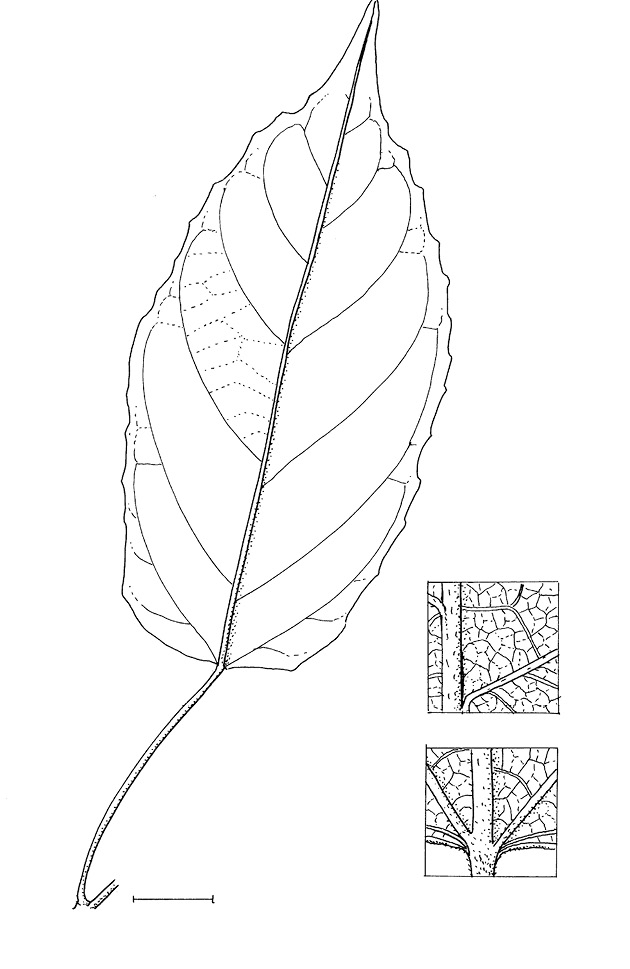