Like most members of this family in the area this species has opposite leaves and yellow latex. It is a small tree which will reach about 15 m in height. The slash is pink. The flowers are pale greenish cream. The sepals are unequal, two of them being larger than the other two. There are four petals and the stamens are partially fused in four groups of three stamens. Another common species of Garcinia in the area is G. punctata but this has pellucid lines, which can be seen by holding the leaf to the light and using a lens, and smaller leaves. G. ovalifolia does not have these pellucid lines and does not occur on terra firma forest in the area.

Can be very common in seasonally flooded forest. 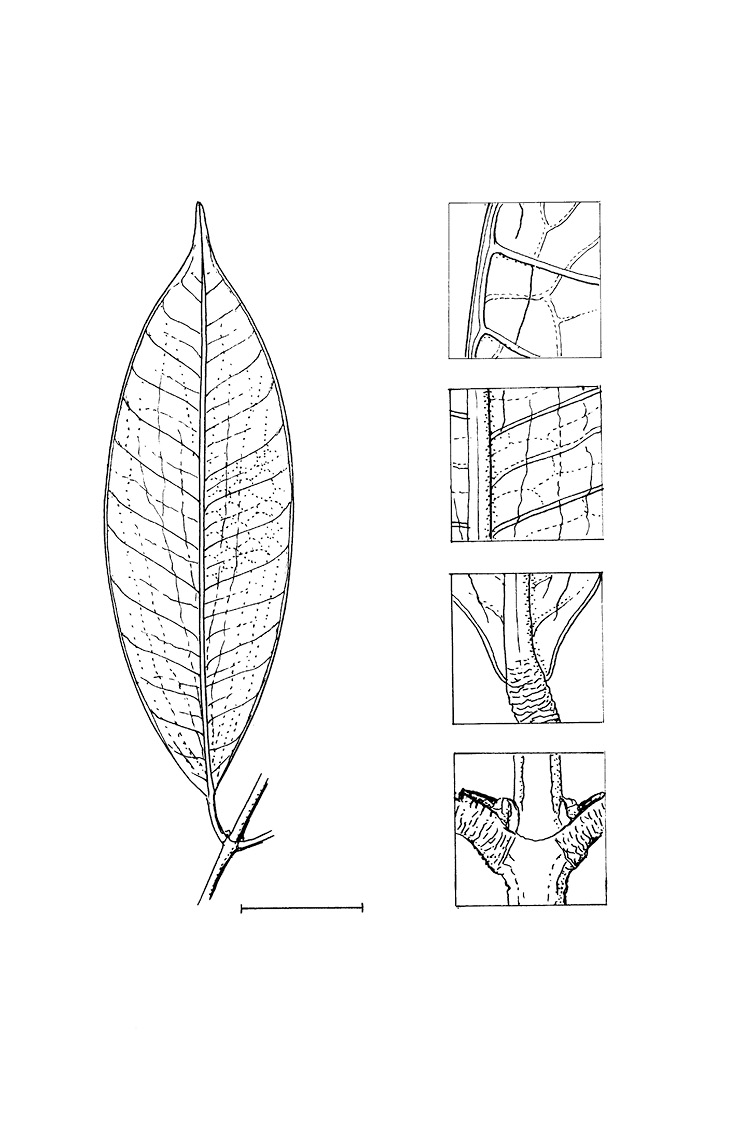