Several genera in the family Sapotaceae have been treated in different ways by different botanists. This has meant that some genera have changed their size as groups of species are added and removed. Individual species change their names as they are moved from one genus to another. Chrysophyllum is one such genus which at present includes species from the genera Donella and Gambeya. From the synonym above we can see that this species was described first by Aubréville and Pellegrin in the genus Chrysophyllum, then transferred by them to Gambeya, now put back into Chrysophyllum. This is one of the rarer species of Chrysophyllum in the area. The unequal leaf bases and the red hairs on the undersurface of the leaves help one to recognise it. One other species in the area, Chrysophyllum perpulchrum, also has red hairs. The well-known Chrysophyllum lacourtiana has no hairs on the leaves and large edible fruit. 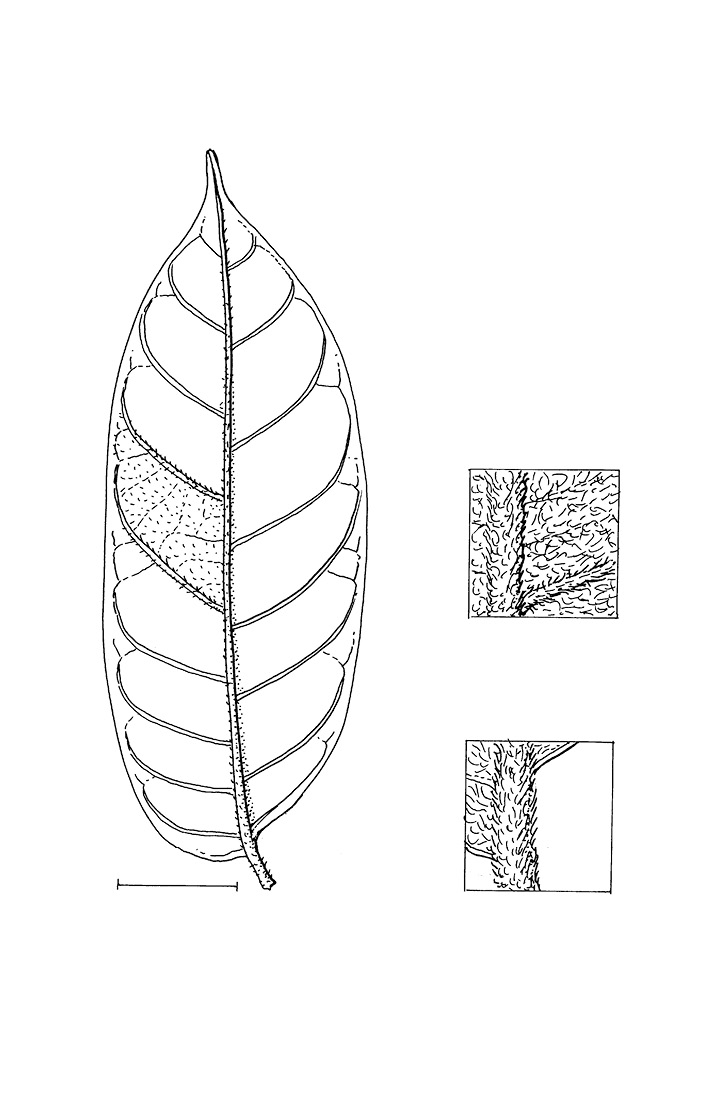