The ability to look at the trunk of a tree and use the bark to identify it is not an easy task in this area with over 500 species. Experienced individuals can identify many species directly using this method, however it usually takes years of practice. The more trees one looks at, the more species one can identify. One of the easiest species for a beginner to identify in this way is D. bipindensis. The bark does not make a good photograph but it consists of small vertical ridges. The bark is very hard and when tapped with a machete it makes a ringing sound. Elephants rub up against the trunk of this species to scratch themselves. The slash is whitish at first but very quickly changes to a bright yellow. The leaves can be identified by the parallel sides and the widely spaced veins which loop at a considerable distance from the leaf margin.

Distribution: Cameroon to Uganda and Angola. 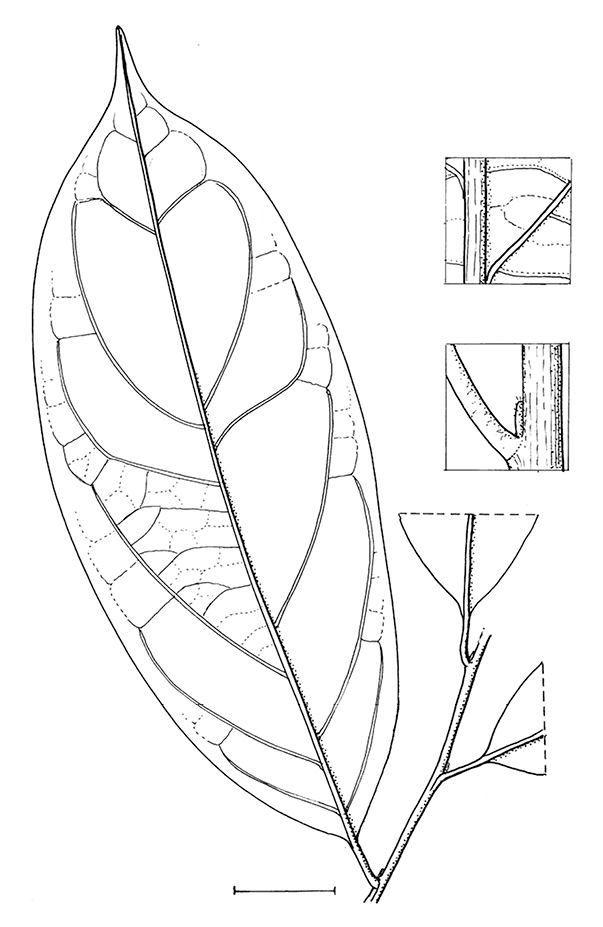