Most species in the area occur only in central Africa but some are more widespread, reaching other countries in tropical Africa such as Senegal and Tanzania. This species, however, extends as far as the islands of the Pacific. It is thought that the fruit are dispersed by birds and this allows for such a widespread distribution across the world. This explanation is not complete, however, because many other species have seeds dispersed by birds but do not have the same wide distribution. The leaves have a very attractive and distinct shape. They flush a beautiful pale pink and have a bright green, shiny upper surface and two small black glands towards the base on the underside of the leaf. The venation is unusual in that it appears as a fine network without obvious secondary veins.

Common in Gilbertiodendron dewevrei forest and occasionally in mixed species forest, on terra firma and sometimes at the edge of flooded areas. 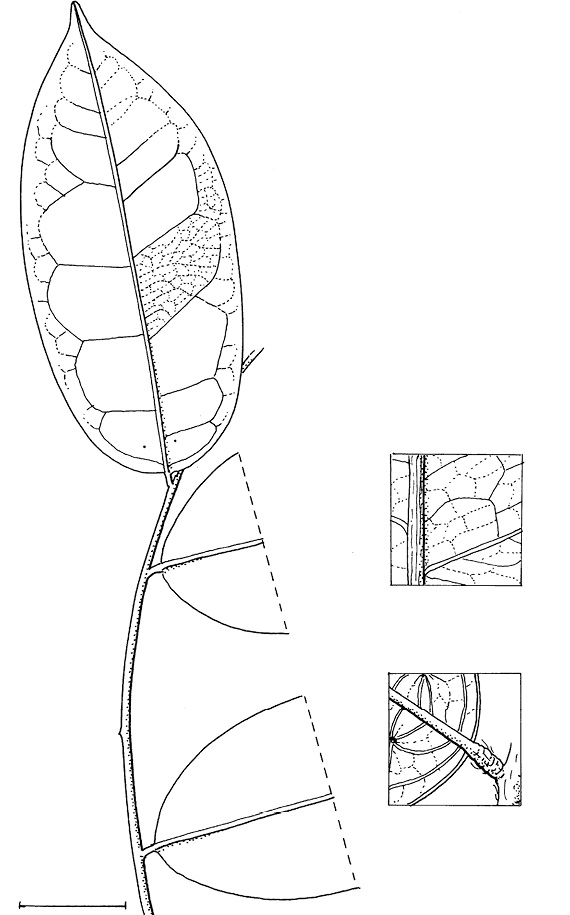