The genus Uapaca is easily recognised in the field by the numerous large stilt roots on which the base of the tree rests. Other species such as Santiria trimera also have stilt roots, but they are flattened in that species and round in cross section in Uapaca. There are several species in the genus in our area which can be separated on leaf size, shape, pubescence and venation. Uapaca guineensis has obovate leaves, that is, their widest point is above the middle of the leaf, and there are about six veins on either side of the midrib. The leaf margins are slightly wavy. Like other species of Uapaca this species is dioecious, with female flowers and male flowers on different trees. The young fruits often have the remains of the divided style on top. 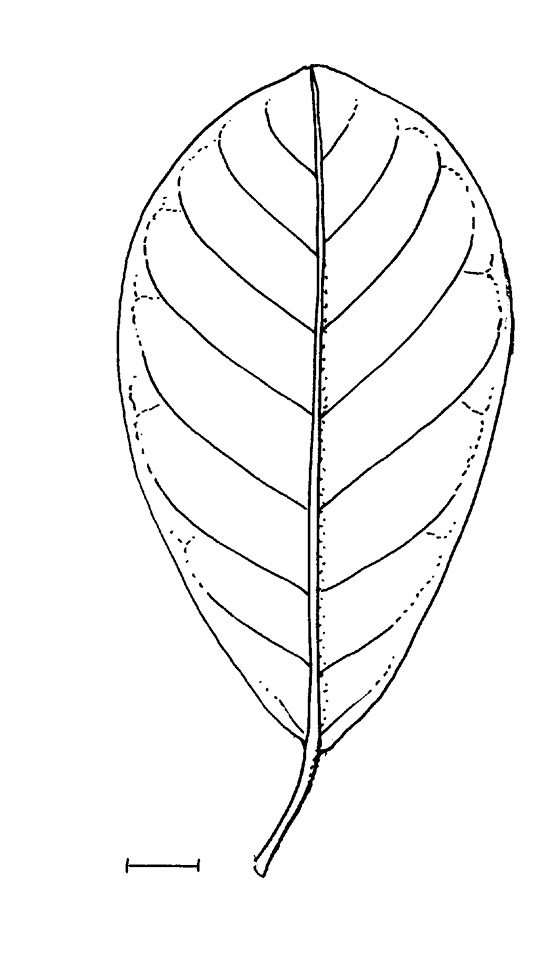