There are at least four species of Anthocleista in the area. They all have large leaves and tubular white flowers. Some species have spines and these should be noted carefully during collection as they can be a diagnostic character. Flower bud shape and the proportion of open flowers are also important characters. This species is perhaps the most distinct because of its long, strap shaped leaves and the small size of the tree. There is another species that also flowers at the height of a few metres but it has much wider leaves. The flowers open at night and only last a few hours. During the daylight hours the corollas from the previous night’s flowers can be found dangling from the tree, on the ground or floating in water. The fruits are green. The opposite leaves often have outgrowths at the base close to the stem.

Always grows beside water or seasonally flooded areas, very often in open areas. In west Africa it is reported that bats eat the fruit of other species of Anthocleista.

Distribution: Ghana to Zambia and Angola. 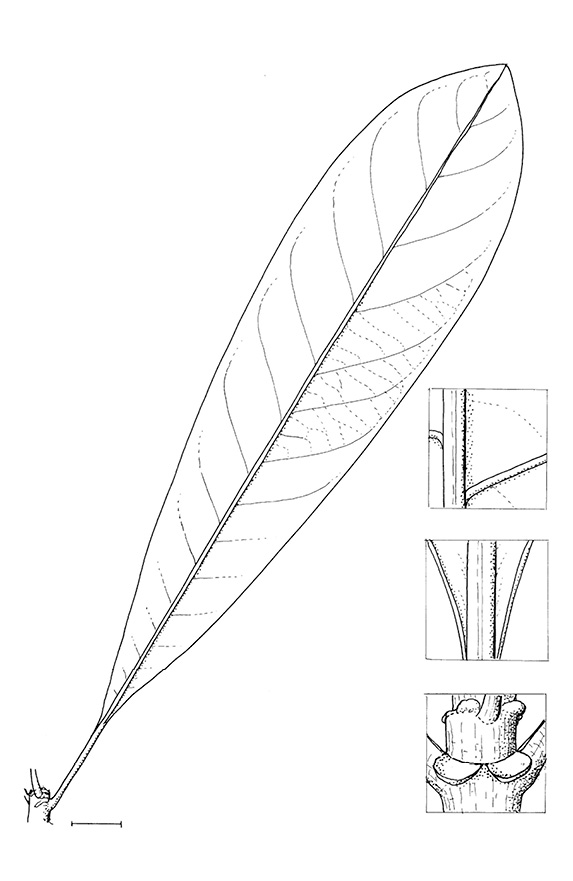