The genus Diospyros, which contains several species that produce ebony, is characterised by a black layer at the edge of the slash called the rhytidome. In addition to this character some species, including this one, also have a bright yellow slash that becomes darker on exposure to air. The bark of this species is thin and has a papery layer that can be rubbed off. The leaves are rather matt on the under surface when fresh. There are usually two obvious glands at the base of each leaf but they are sometimes obscured by the folding of the leaf. Like most species of Diospyros this species is dioecious, that is the male and female flowers are on different individuals. It is often confused with Diospyros canaliculata, which also occurs in the area but usually on dry land.

By water or in seasonally flooded areas.

Distribution: Cameroon to Gabon and DRC. 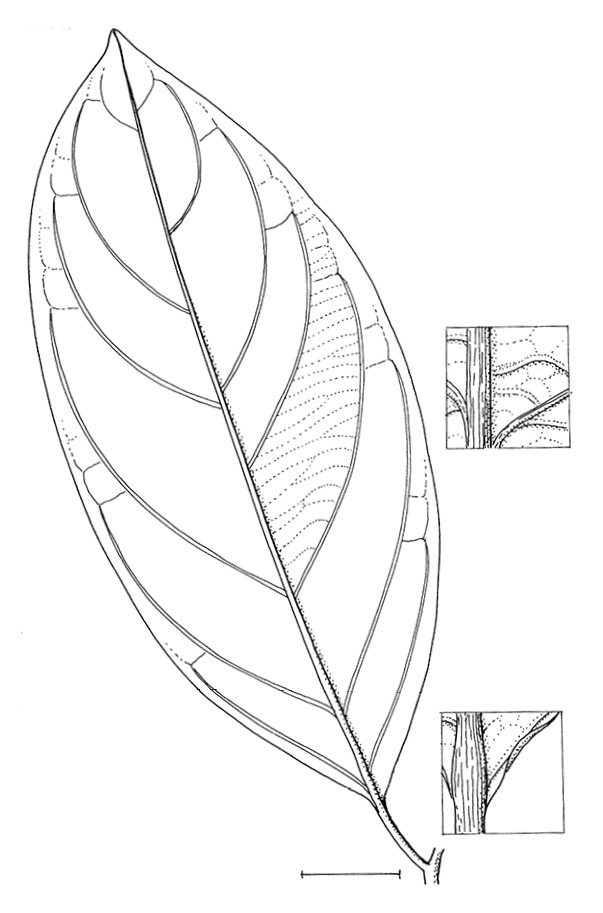