This rather rare tree has handsome green leaves and striking red hairs on the young stems, leaves and buds. The leaves have a distinct venation pattern and they are unequal at the base. The bark is reddish and exfoliating. In mature individuals the bark becomes ridged similar to Diospyros bipindensis but with slightly wider ridges, and also with large exfoliating plaques. The slash does not look like the typical slash of the genus because the top layer of the slash or rhytidome is dark brown rather than the distinctive black of most Diospyros species. The remainder of the slash is yellow with a gritty appearance and it oxidises to a darker orange in a couple of minutes. The terminal buds are covered in red hairs and very flattened. 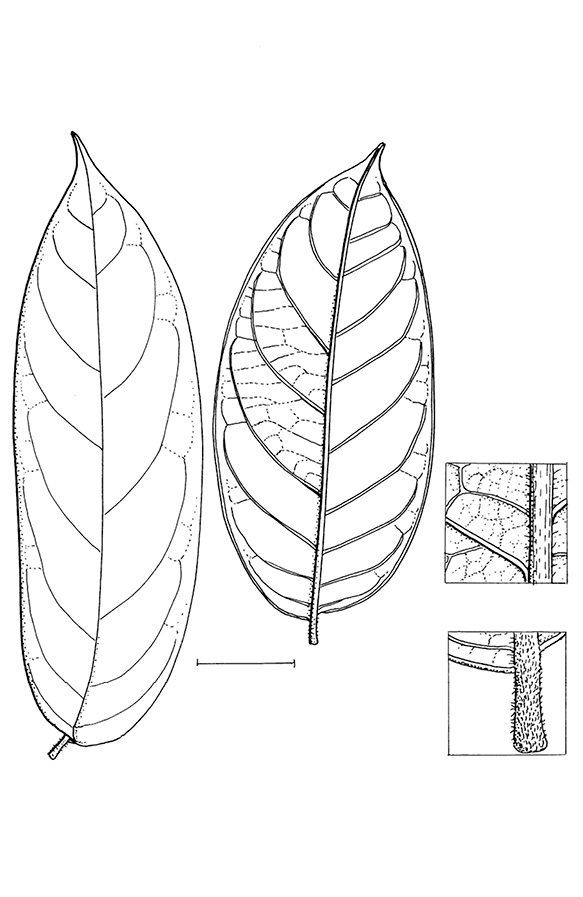