There are several species of Bignoniaceae in the area which can be recognised by the opposite pinnately compound leaves. One of them, Fernandoa adolfi-friderici, flowers so profusely that it appears as if there is a golden carpet on the forest floor after the flowers fall. Another species, Kigelia africana, has bizarre fruit that look like 50 cm long sausages. Spathodea campanulata with its bright red or orange flowers is widely planted as an ornamental in the tropics. Our species, Markhamia tomentosa, is a medium sized tree, often with a fluted trunk and exfoliating bark. The slash is thin and oxidises quickly. The leaflets have golden glands on the undersurface which can be seen with a hand lens. The two stipules are narrow and pointed and pressed against the bud in the axil of each leaf. The stipules of M. lutea are much more like leaves.

Mixed species terra firma forest and disturbed areas such as fields, occasionally at the edge of seasonally flooded forest. Can flower and fruit when only 2 m high in exposed situations. 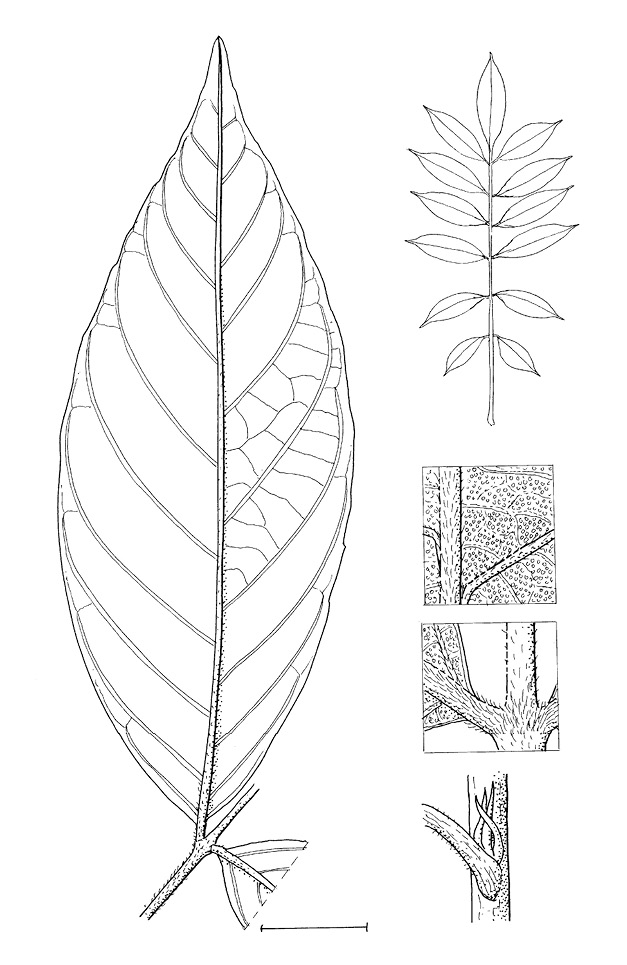