The genus Zanthoxylum is very easy to recognise: the trees usually have large compound leaves clustered at the end of branches, and short spines on the main trunk. There has been, however, considerable confusion at the species level with many botanists following the decision made in the Flora of Tropical East Africa to treat Zanthoxylun gillettii as a very widespread and variable species which includes Z. tessmannii. In our area, however, the two species are quite distinct. To clear up this situation a taxonomist has to study this part of the genus Zanthoxylum across the whole range to delimit the different species and their characters. This significant task remains to be done. In the meantime we present Z. tessmannii as a very distinct species which becomes a large tree to 35 m high with very unequal leaflet bases and a clear petiolule. On older trees the spines on the trunk are rather sparse.

Distribution: Not very clear from the published literature, but at least from Cameroon to DRC. 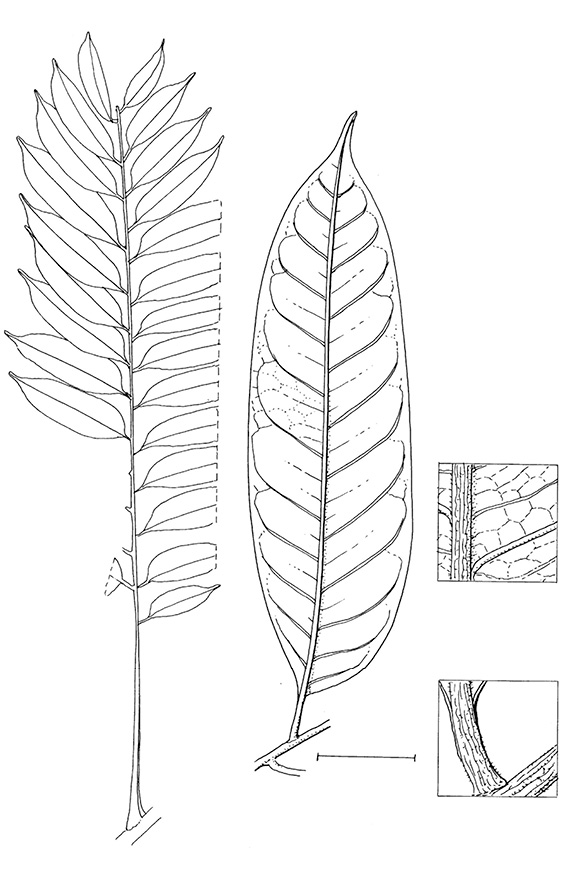